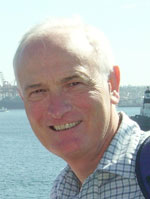 Howard Scott CEng FIET –  Howard is a Chartered Electrical Engineer and a Fellow of the Institution of Engineering and Technology with a career spanning the Defence, Research and Commercial sectors, where he has played key roles in the development, and delivery, of high technology products. In addition to playing a technical role, his experience, covering 20 years, includes the establishment and leadership of multidisciplinary engineering teams with responsibility for technical and budget issues.

He has represented British Gas on international committees and research associations in the USA and Europe, giving technical presentations to publicise expertise in key areas such as microwave technology, optics, measurements and radio communications. This has included producing proposals and managing work programmes for European co-operation and leading an international project involving six European countries, developing good working relationships and contacts for future exploitation.

While working for British Gas he led a project to investigate the use of Ground Probing Radar for the detection of buried pipes and cables within urban environments. He is the author of several papers on the subject and was one of three authors who published a prize winning Special Edition of the Proceedings (F) of the IEE on Ground Probing Radar.

Recently, he played a key role in a EU project within Framework 5, GIGA, and subsequently framework 6, ORFEUS.

A working life dedicated to research and development, originally in power generation and later within the gas industry. Ken previously headed the Control and Instrumentation Division in British Gas R&D Department which was involved in control & monitoring systems for gas exploration, production, transportation and supply both within the UK and worldwide.

More recently Ken set up and developed the business IT services section within Osys Technology, which was successfully outsourced to Nomis Systems in January 2012.

Sadly, our third director Martin Morey died in July 2018 after a long illness, But we leave his entry here as a tribute to his unfailing past participation in the company activities. 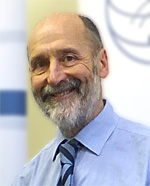 Martin Morey CEng MIET – Martin’s career history encompassed practical experience across a broad range of Electronics disciplines, consulting in communications information technology to some of the UK’s largest service sector businesses, and working in a role in Research and Development for a major UK company. He was responsible for the technical and commercial aspects of major national projects in electronics, mass data storage, and IT systems, developing electronics used in power stations, professional audio, telecommunications, and oil and gas pipeline integrity testing. His work has allowed his clients and users successfully to respond to complex technical challenges. He has directly contributed to projects, which have achieved both Queens Awards for Export and Technology and a UK McRobert Award. All his research and design work has a strong user focus. He was a Chartered Electronic Engineer and a member of the Institution of Engineering and Technology.